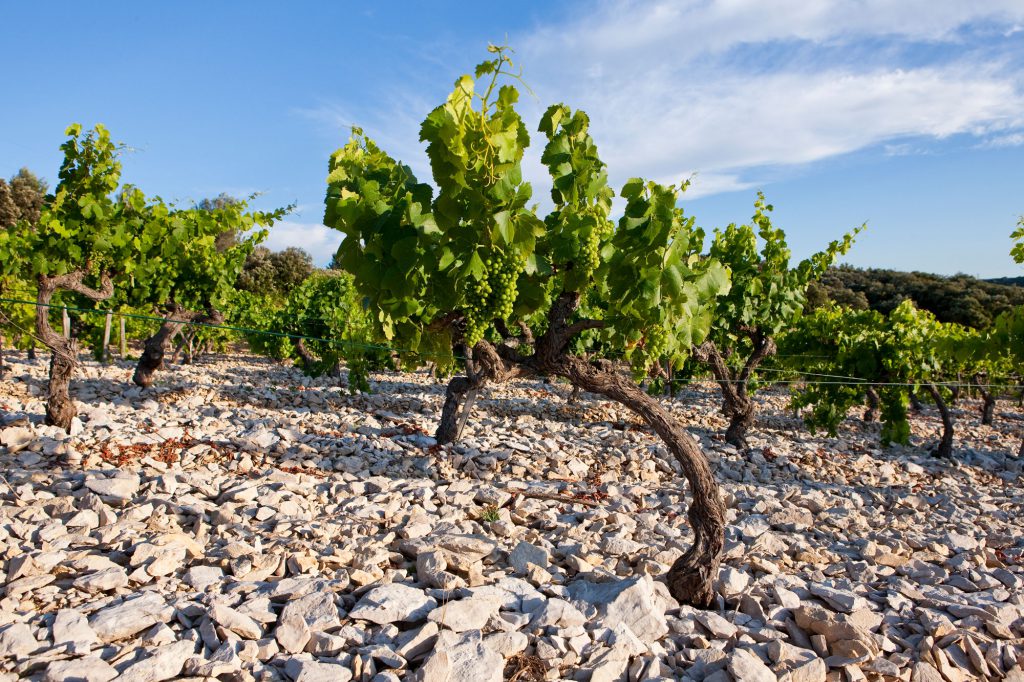 Is diversity within an appellation a good thing?

Definitely, and the Côtes du Rhône with its vast array of terroirs is a case in point. The vineyards here have been looked after for centuries by winegrowers who love them and want to bring out the best in them. They’ve built up a virtual catalogue of the local terroirs over the years, identifying how each one affects the grapes, and therefore, the wine.

Mapping the vineyards like this has helped winemakers adapt their methods to produce wines defined by where they grow and who makes them, but still unmistakeably Côtes du Rhône in character.

The formation of the terroirs

How come there are so many different terroirs?

It all comes down to the region’s rather turbulent geological past, which has left it with a variety of different landscapes. At its start between the Massif Central and the Alps, the Rhône Valley is relatively narrow, broadening out as we move south towards Montélimar and beyond. The landscape is a mix of sheer slopes, hills and plains, all framed by the rugged peaks of distant mountains.

Which mountains are we talking about?

The Massif Central first of all; these are mainly granite and other rock dating back over 300 million years to the Primary geological period. Meanwhile the left bank, to the east of the river, is part of the Alpine foothills and features gentler slopes and rolling hillsides.

So everything’s down to geology?

Not quite everything. Much of the landscape has been shaped by erosion, giving the Côtes du Rhône its distinctive peaks and slopes. Also, over the years, the river has deposited alluvium in places, and chunks of rock known as pudding stones (the famous galets roulés) most often seen in the southern part of the appellation. That makes a difference too.

So although the terroirs are different, they fit together to make one picture. A bit like a jigsaw?

Yes, that’s a good analogy. We like to say that Côtes du Rhône wines are made across a swirling mosaic of different terroirs. They reflect the varying landscapes, geological make up and climate of the region as well as its grapes, vineyard management practices and favourite winemaking techniques, but there’s still a sense of unity, a ‘Côtes du Rhôneness’ about them.

Is it all quite random, or is there a pattern?

There’s a clear pattern, on several levels. We can start by dividing the appellation into 2 zones, north and south.

And the differences are…

In the northern part, the vineyards hug the riverbanks, and the climate is continental (hot summers and cold winters). The vines grow on steep slopes carved from the rocks of the Massif Central mountains.

The southern zone is mellower, more Mediterranean in character. And we can further subdivide this into 3 distinct terroir types:

How do we know which wine comes from which terroir?

The Côtes du Rhône wines hierarchy – a pyramid with the Côtes du Rhône regional appellation at its base and Côtes du Rhône Villages (with or without village name) on the level above – makes detailed distinctions between specific types of terroir, and helps you make your choice.

Conquering the slopes - a Herculean task

The northern part of the Rhône Valley consists almost entirely of sloping ground, from Lyon all the way down to Valence. Vineyards cling to steep, narrow terraces – some no more than a couple of metres wide – supported by low stone walls. It takes a lot of ingenuity and sheer hard work to grow just a few acres of vines.

Sounds gruelling. So why did you plant the vineyards there?

We didn’t! The terraces aren’t new; they’ve been around since Gallo-Roman times, possibly built by Roman legionaries stationed near the town of Vienne. And they’ve proved over and over again that it was worth the trouble.

It must have been back-breaking work and needed a lot of technical skill, and even once the terraces were built, the work wasn’t over – tending the vines was just as laborious. Even now, all vineyard work is done by hand, including pruning, weeding and harvesting, and coaxing the vines into giving us high yields can be hard work. But those legionaries knew what they were doing, as the advantages far outweigh the hardships. On the terraces, the sun hits the soil at right angles for maximum energy, while the stone walls absorb heat by day, releasing it back to the vines at night to boost ripening, giving exciting, top-quality wines.

SUN AND MISTRAL: THE RECIPE FOR A PERFECT HARVEST

So Côtes du Rhône diversity relies on geology and landscape…anything else?

Yes, climate, for a start. We’ve already talked about the geological north/south divide, but there’s also a clear north/south divide in weather. The climate in the northern part of the Rhône Valley is continental with hot summers and cold winters, while the south is mellower and more Mediterranean, enjoying hot dry summers with long hours of sunshine, and mild, wet winters. The sun, heat, wind (sometimes gale-force) and low rainfall encourage vines to grow and grapes to ripen well, and provide natural protection from disease. So it’s win-win all the way.

The north-south divide and its effects on grape ripening

How does weather affect the grapes?

Clearly the weather, particularly the sun, affects the speed at which grapes ripen. As we travel from the north of the valley down towards the Mediterranean, the average number of sunshine hours per year gradually increases. The area just south of Lyon has between 1,900 and 2,100 hours of sunshine each year, rising to between 2,200 and 2,300 towards the middle of the valley around Valence, and reaching an impressive 2,800 plus hours of sunshine around Avignon. The average annual level of sunshine in the Côtes du Rhône is among the highest in France, comparing favourably with Bordeaux (between 2,000 and 2,100 hours per year) and the Loire Valley (1,700 – 1,900 hours).

What does that mean in practice?

Given the differences in climate, harvests are generally earlier in the south than the north, and the wines lean more towards a warm-climate style – smooth and rich with ripe fruit flavours and less acidity.

This all sounds too good to be true. Are there any downsides?

Sadly, yes. The Côtes du Rhône have to contend with the Mistral, a wind so famous and all-encompassing that it’s been an inspiration for writers and poets through the ages. Back in the first century AD, Pliny the Elder described it as “a most famous wind, the Mistral, unparalleled in its violence.” Meanwhile, according to a 16th century proverb, “The Mistral, Parliament and the Durance are the scourges of Provence.” And the word mistrau in Provençal means master – the Mistral, it implies, will always have the last word.

It can be. But it’s an ill wind and all that; the Mistral has its positive sides too. It disperses the cloud cover, giving the Rhône Valley its distinctive, rather ethereal quality of light, especially from Valence southwards; this also encourages the sunny weather that brings visitors flocking.

And its effects on the grapes?

In spring it lowers temperatures and can delay budbreak, which in turn protects new buds from late spring frosts. But most importantly, the Mistral dries out the air, keeping fungal diseases like mildew and oidium at bay. So although crop yields are occasionally lower because of the wind, it keeps the fruit at peak health, and that, of course, is reflected in the consistently high quality of Côtes du Rhône wines. Grapes are picked in the cool of the early morning to preserve the best of the flavour.

The garden of France – a food-grower’s paradise, and the growth of organic agriculture

Do the Côtes du Rhône grow anything other than grapes?

Yes indeed. The three most iconic Mediterranean crops are wheat, olives and grapes, and all three have been grown here for centuries. In the 19th century, wheat fields were gradually ousted from top position and grapes became the main crop. The number of olive groves also dwindled, but these are coming back with a vengeance as the trend for high quality olive oils continues to flourish.

What about other fruit and veg?

The irrigated plain to the east of Avignon is a major centre for market gardening, and grows a variety of fruit. This is a relatively recent development, dating back to the mid-to-late 19th century, and came hand in hand with the introduction of the railways; railways made it possible to transport fragile produce to the markets of Lyon, Paris and northern Europe. Access to water also became easier around this time. Again, the landscape is very distinctive, with farmland divided into small plots protected from the Mistral by cypress hedges and reed fencing.

Where do the Côtes du Rhône stand on organic agriculture?

The farming industry in the Côtes du Rhône – winegrowing in particular – is increasingly committed to working organically. In 2017, 18% of vineyards in Vaucluse (some 9,500 hectares) were certified organic, along with 8% (800 hectares) in the Ardèche and 15% (3,400 hectares) in the Drôme. On the whole, though, the natural conditions in all our vineyards promote healthy grapes, encouraging environmentally-friendly, sustainable viticulture and considerably reducing the need for chemical inputs. 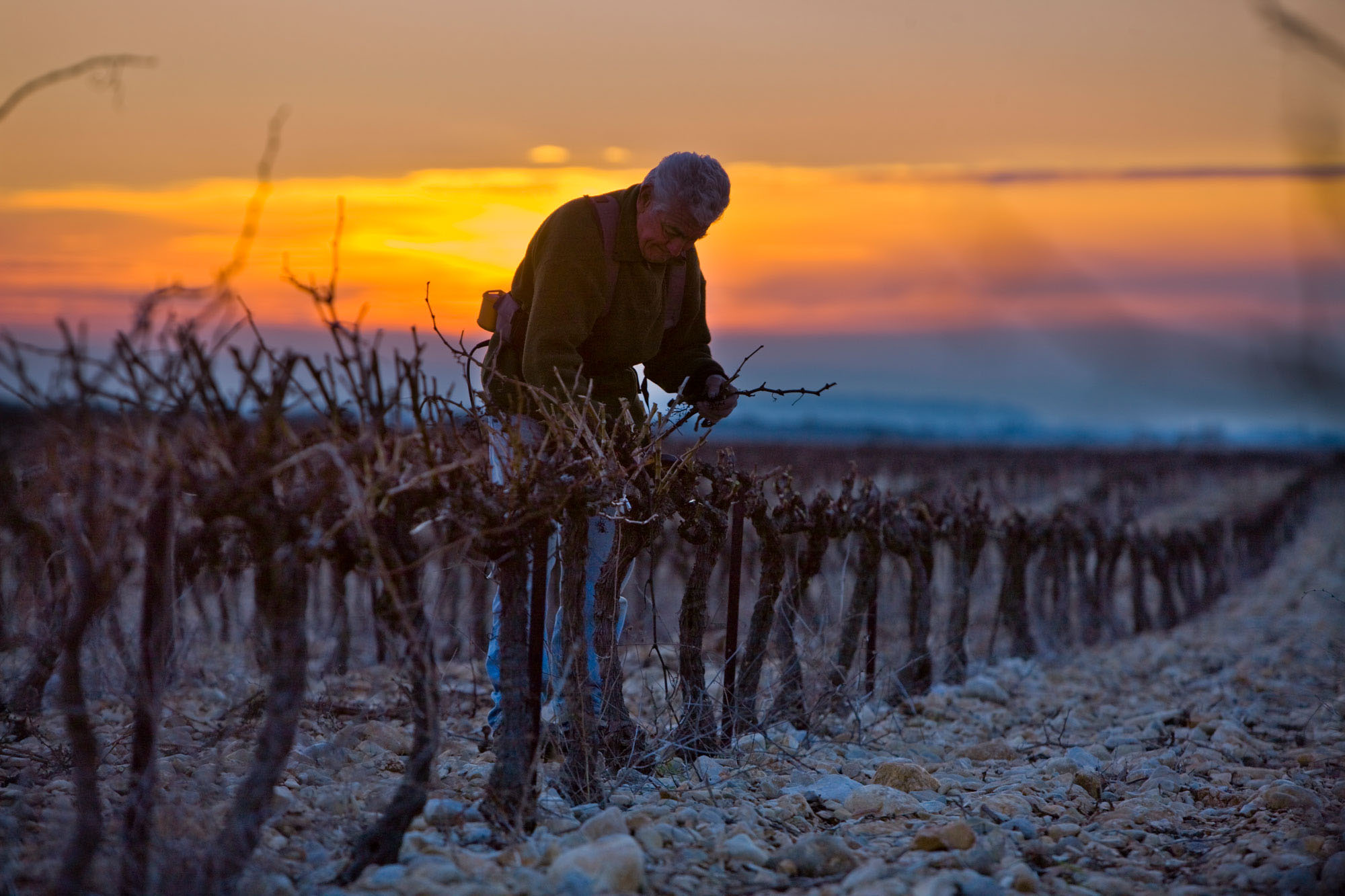 EXPERTISE IN ACTION
THE ART OF BLENDING
See more 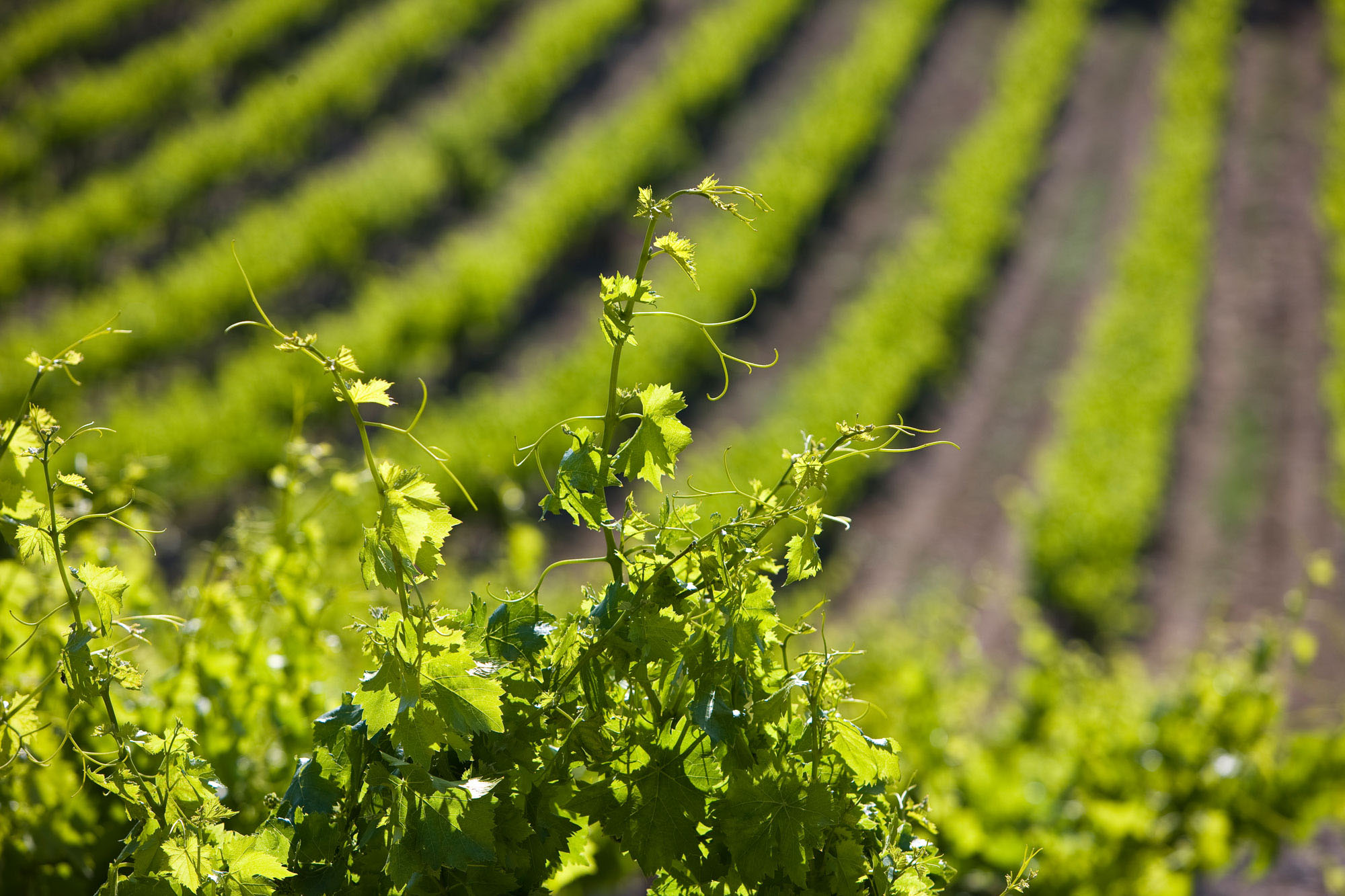